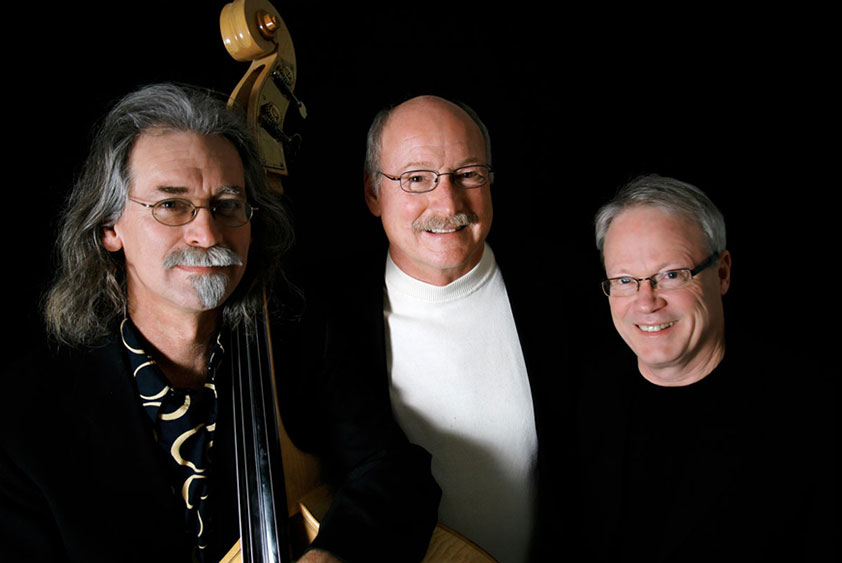 This traditional combination of piano, bass and drums formed in 1998, as the Rochford Jazz Ensemble when “a dentist, a carpenter and a cable guy” put together three lifetimes of musical performance in a seamless jazz trio playing a repertoire as diverse as the musicians themselves.

The musical backgrounds and styles of the performers blend together so well that one would assume they’ve been playing together for a lot longer . The trio performs with a professionalism and love of the traditional jazz idiom that makes a Jim Szana Trio performance a memorable event.

Their smooth blend of instrumental jazz music is well suited for banquets and conventions where socializing and occasional outbursts of dancing could occur. The group has recorded five CD’s under the ROCHFORD JAZZ ENSEMBLE name, and more recently a CD under the new JIM SZANA TRIO name. Their music has also been featured on SD Public Radio’s “JAZZ NIGHTLY” as well as a live concert radio broadcast in 2005. They even had a song played nationally on The Weather Channel’s “Local on the 8’s”.

“Music helps not the toothache.”

“A legend is an old man with a cane known for what he used to do.”

“The basic difference between classical music and jazz is that in the form the music is always graver than its performance—whereas the way jazz is performed is always more important than what is being played.”

“The notes I handle no better than many pianists. But the pauses between the notes—ah, that is where the art resides!”

“A musician may suddenly reach a point at which pleasure in the technique of the art entirely falls away, and in some moment of inspiration, he becomes the instrument through which music is played.”

“Music is too idealistic a thing to permit itself to be bound to concrete references. You cannot have a white horse in music.”

“There’s only one way to sum up music: either it’s good or it’s bad. If it’s good you don’t mess about with it; you just enjoy it.”

“Forget the notes so that you can play them.”

“Disharmony is simply a harmony to which many are unaccustomed.”

“Discord occasions a momentary distress to the ear, which remains unsatisfied, and even uneasy, until it hears something better.”

“Let us not forget that the greatest composers were also the greatest thieves. They stole from everyone and everywhere.”

“Jazz is about the only form of art existing today in which there is freedom of the individual without the loss of group contact.”

“Music is your own experience, your thought, your wisdom. If you don’t live it, it won’t come out of your horn.”

“Too many pieces of music finish too long after the end.”

“Jazz is about the only form of MUSIC in which the same note can be played night after night but differently each time.”

Featured story on the Jim Szana Trio that appeared in the May, 2006 edition of Arts Alive magazine. 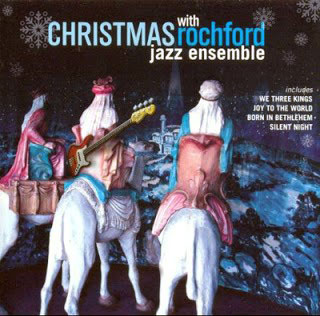 I knew within 15 seconds that Christmas with (the) Rochford Jazz Ensemble (Dental Records RJE5) would get heavy rotation in our home, even after the careful listens necessary for this review.